Delighted to get the opportunity to speak at the International Fund for Agricultural Development (IFAD) Conference in the UN in New York recently and to have the opportunity to bring focus on why Diasporas are now such an important dynamic in the global economy. Now only are remittances in excess of $575 billion annually but they are now over three times ODA – Official Development Assistance. Indeed, that is the amount that is recorded as going through the banking system. Including unrecorded remittances it is likely that the total number is in excess of one trillion dollars annually. No small amount – a trillion here and a trillion there and it soon adds up to real money…..!!!!! Remittances have grown over 50% in the last ten years and are critically important for many countries. For 71 countries they are over 3% of GDP and 100 countries receive over $100 million a year in remittances. The sector involves over a billion people – 200 million people sending money that helps over 800 million in receiving countries. One person in every seven in the world is involved in the industry with 2 billion transfers annually with average transactions being $200 and the average cost 7.4%. It is obvious that even small reductions in remitting money can have major positive implications. In addition it is estimated that remitters have substantial savings in the their countries of residence that, potentially, could be invested in their countries of origin.

What we are now seeing, on a global level, is how Diasporas, once regarded as ‘lost actors’ are now being seeing as ‘national assets’. Countries that, historically, lost the most to emigration are now in the position to benefit the most from Diaspora engagement. We are seeing a distinction emerging between the nation and the state – the latter referring to lines on a map and the former being a global notion. Countries now appreciate that they possess what we, in Diaspora Matters, refer to as ‘Diaspora Capital’ which we define as ‘ the resources available to a country, city, region, location or organisation and is made up of flows of people, knowledge, money, ideas, attitudes and concerns for places of origin, ancestry and affinity’. We take a loose definition of Diasporas and argue that countries and places have diasporas but so do institutions, for example, schools and colleges, companies (McKinsey is the gold standard here) as well as other entities such as sports teams – think Red Sox, Dallas Cowboys, Manchester United, All Blacks in rugby etc.

As with all sectors technology and communications are changing and disrupting everything and allowing us to answer the perennial key questions about Diasporas – who are they, where are they and what are they doing? In the old days it was different – when people emigrated they were gone and gone for good. Absence equalled exile. Your geography dictated your identity but now, we say, geography is history. People are leading ‘hyphenated lives’ being involved with more than one country – American Irish, Canadian Scottish, Australian Greek etc. They are totally connected to where they live and work and yet, at the same time, are also intimately involved with their countries of origin or heritage. What was once brain drain can now become brain gain and brain exchange. These people are now ‘here and there’ and living transnational lives. Key is connectivity which is now instantaneous and intense. Now, for possibly the first time in history, it is more important what you do than where you are.

Diasporas are not just crucial suppliers of remittances and philanthropy but are also investors, tourists, consumers of art, culture, education, sport and nostalgia goods. They can be ‘ tipping agents’ who can nudge a deal to benefit their home countries. Diaspora Direct Investment (DDI) can become an interesting and effective subset of Foreign Direct Investment (FDI).Their engagement and involvement with their home countries is multifaceted and complex but can be summed in one phrase -“Diaspora equals Jobs’ – something that always attracts the attention of governments. That, perhaps more than anything else, is why over 100 countries are interested in engaging their Diasporas and putting in place policies, programmes and projects to connect with them and build networks of ‘affluence and influence’. In an industry which is essentially non-competitive that’s why the recent IFAD Conference in the UN was so relevant and a terrific opportunity to share best practices from countries around the world. 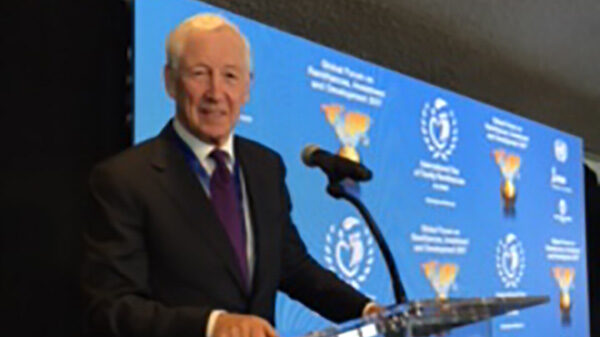