Close but no cigar as the commendable Irish bid to host the 2023 Rugby World Cup came up a tad short. On the merits Ireland deserved to win it but, at the end of the day, the money won out. Sad, and a reflection of our times and hard not to be a bit cynical. But, as Napoleon once said, you need three things to win a war. The first is money, the second is money and the third, you guessed it, is money. However we shouldn’t despair, just dust ourselves off and learn from the experience and go again. It took South Africa a few tries before they finally got the nod for the Cup in 1995. Dick Spring and his impressive team couldn’t have done anything more. They didn’t put a foot wrong and managed the whole process in a most professional way. At one level it’s heart breaking because Ireland had earned and deserved the right to host it and , as the technical review group said, would have put on a first rate event. Money and large soccer stadia won out against community and passion and history and loyalty and more than a century of dedication and commitment to a sport that has always represented the whole island.

But it was also about something more – something bigger than the island of Ireland and that is the Irish Diaspora. The IRFU, to their credit, spotted this early on – this wasn’t about getting the third largest sporting event in the world for a small island off an island off the edge of Europe. Rather it was to win it for the global Irish Diaspora of over 70 million – one of the largest in the world. There was an early realisation that there is a difference between the State which is all about lines on a map and the Nation which is a global notion. The bad news is that more than 10 million people have left this island over the decades and centuries – the good news is that we now have a massive Diaspora of some considerable influence and affluence. Ireland has thus developed an empire not built by economic clout or military might (our last home win was in 1014….and the Danes were involved in that too) and this empire accurately reflects the Greek origins of the word Diaspora – dia meaning ‘over’ and speiro meaning ‘scattering’. The IRFU were wise to involve Hugo MacNeill and Kieran McLoughlin of the Ireland Funds when crafting their compelling messaging – this was not going to be a Rugby World Cup solely for the residents of Ireland but rather for all those who were willing to respond to the distant drum and the ancestral echo. Over the years they have done so spectacularly by supporting Ireland and ensuring record attendances in Soldier’s Field in Chicago, Wembley Stadium in London and Eden Park in Auckland. There is no question but that they would have come back for the RWC in huge numbers, probably for multiple visits during the competition and wear out the hospitality of inlaws and outlaws the length and breadth of the country.

Now it is great to see other sports in Ireland looking to the Irish Diaspora for support. In soccer Shamrock Rovers have led the way but GAA (especially Kerry), sailing, cricket and hockey are making strides. In rugby Munster are developing their London connections and all are realising that they are brands with value. It is fitting that the architects and originators of engaging the Irish Diaspora, Tony O’Reilly and the late Dan Rooney, are both of supreme sporting pedigree. Tony was the Lions’ greatest ever scorer with 37 tries on two tours and Dan owned the Pittsburgh Steelers who even played a game in Dublin. These two great visionaries, who founded the Ireland Funds, saw what was possible and the winning of this bid would have been vindication of their belief in ‘b’hags’…big hairy, audacious goals. They don’t come any bigger, any hairier and any more audacious than the Rugby World Cup. So, it was not to be and nobody should be ashamed of the effort. As that other noted literary sports hero from these shores the cricketer Samuel Beckett said ‘Ever tried, ever failed. No matter. Try again, fail again. Fail better’. Perhaps we could go one better next time.

Kingsley Aikins is a former Leinster rugby player (one match only….!!!!) and CEO of Diaspora Matters. 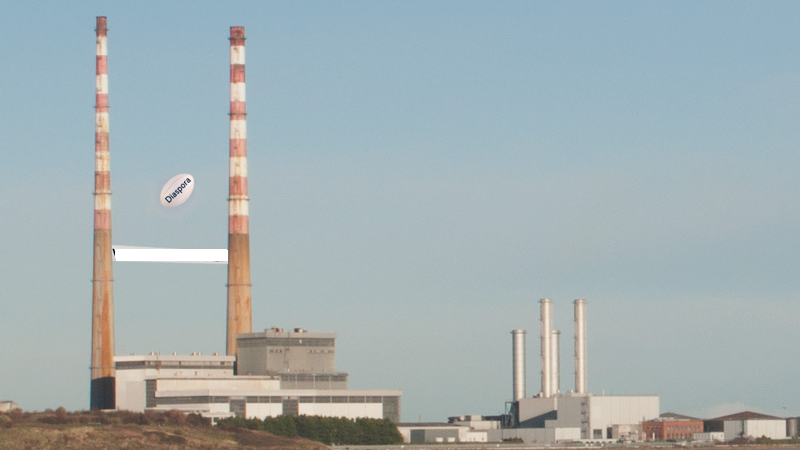