The Day That’s In It – Ireland and Soft Power 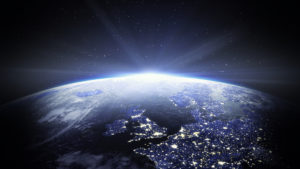 Professor Joseph Nye of Harvard University, back in the 1990’s, coined the term “Soft Power” which he believed countries possess in varying degrees. Soft Power is the ability for a country to achieve its goals through attraction rather than coercion. Soft Power matters – it has a real impact on the decisions people make. Hard Power, on the other hand, is all about using economic and military means to achieve goals. Soft Power arises from the attractiveness of a country’s culture, political ideals and policies.

Given that we, in Ireland, have not had a home win since Clontarf in 1014 we don’t have too much Hard Power. On the other hand we have awesome Soft Power. If you believe that winning hearts and minds is more important than winning wars then we are in a good position. Soft Power is more effective and efficient because of its endurance and sustainability. As culture is increasingly seen as a core element of Soft Power then the potential for Ireland is obvious. Allied to that is the digital revolution which has enabled people to connect within and between countries in a way that was never possible before.

This St. Patrick’s Day, consumed and concerned as we all are with the Corona Virus, it is perhaps worth reflecting on just what an impact this day has globally. It truly is uplifting. The bad news is that 10 million people have left this island since 1800 but the good news is that this has spawned an enormous Diaspora of over 70 million people and now, because of technology and communications, this Diaspora is connecting with Ireland as never before.

To an extent there is such a thing as an Irish “Empire” not built by military might or force of arms but just by the fact that there are so many people around the world of Irish ancestry. We now have a distinction between the state and the nation, the former referring to lines on a map and the latter being more like a global notion. And now, because of technology and communications, people can be ‘here and there’ and live hyphenated lives as Irish-Americans or Irish Australians – their identity no longer dictated by their geography. Finally ‘lost actors’ can become ‘national assets’. Ireland’s unique Diaspora engagement model is made up of a huge number of private initiatives as well as a series of Government funded programmes and these programmes are aimed at both the successful and the vulnerable in the Diaspora.

Over 100 countries, regions and cities now realise that they possess what we call Diaspora Capital which is made up of overseas resources of three flows – flows of people, flows of knowledge and flows of money. Ireland has a long track record in this space and there are thousands of Irish organisations around the world constantly connecting back to Ireland, not to mention over 7000 Irish pubs…!!!. Other countries look with envy at how Ireland has developed relationships with these people whether it be for culture, business, sport, education, tourism or non profit activity. These countries, regions and cities see Ireland as a world leader in this space.

Quite simply there is now an ‘opportunity hidden in plain sight’ – to position Ireland as the global leader for teaching, training, research and consultancy in Diaspora engagement. No other country has done this, the benefits to Ireland are obvious and there is nothing lost as this is a non-competitive business. Someone going to connect with a network in Poland, Portugal or Peru is probably not going to connect with a network in Ireland. Nowhere is this more true than in Africa where Ireland has a long and proud tradition of missionary work and Irish Aid interventions. The greatest contribution Ireland could make to these countries and for which they constantly ask is to help them engage with their own Diasporas. We have so much to offer and this will position Ireland as a generous country committed to the common good.

As the world celebrates our national holiday, albeit somewhat muted, it is difficult to be upbeat but perhaps we should remember the phrase attributed, probably incorrectly, to the Bible – “This too shall pass”. Let’s hope so.