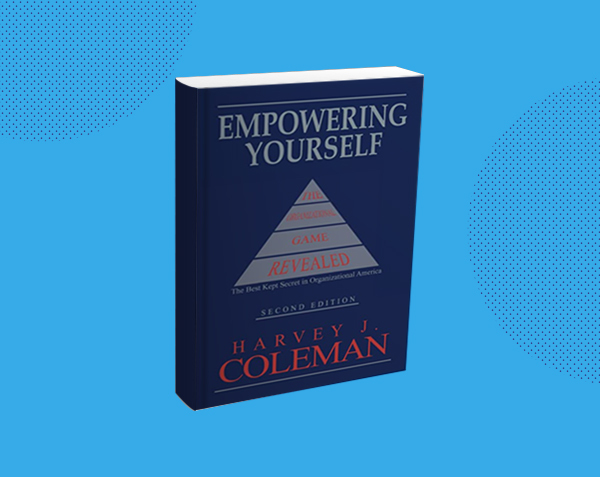 I have long been a fan of the American writer Harvey Coleman, and I was hugely impressed by his book “Empowering Yourself” when I first read it. In essence, Harvey believes that life is a game, not at all a trivial one, but a game nonetheless. This game is all about people and their reactions. It is governed by important rules, most of which are unwritten and apply not only to business culture but almost every organisational culture as well.

What struck me about this book is that it dealt with a whole series of elements about career progress that are not taught at school or college and yet are critically important. Progress at school or college tends to be a function of a grade, a score or a metric. However, when you get into the real world of work, a whole series of things count but can’t be counted. Things like empathy, resilience, grit, determination, attitude, humour and many more. Coleman believes that once we know the rules, life becomes a series of thoughtful moves and countermoves rather than a series of bold reactions to haphazard bombshells lobbed our way.

In essence, the author turns on its head the traditional piece of parental advice that goes, work hard, keep your head down, keep out of trouble and let your work speak for itself. The problem with that misguided advice is that work doesn’t speak for itself, other people do.

According to Coleman, there are three important elements to people who want to move up the career ladder. These form the basis of his PIE Theory of career progress. They are as follows:

This PIE approach is a somewhat radical approach to corporate life, and many people believe, incorrectly, that superior performance is the way to differentiate yourself from your peers and get ahead. The harsh reality is that when other people get invested in your career, good things happen, and you won’t get promoted unless key people know of your contribution to the organisation’s success. Unless you consistently and effectively deliver visibly in the workplace, it is possible and, indeed, likely that you will be passed over for promotion while a lesser qualified candidate gets the job. You have to appear like someone who cares about the greater good of the organisation and gains influence with ideas and thoughts and is not afraid to challenge the system with innovation. You have to be perceived as someone who addresses problems in the organisation that are not being solved. You have to be willing to overdeliver in everything you do.

The P of performance is mandatory, and the I of image and the E of exposure can be tie-breakers when management is looking into the deep pool of talented people to identify and select future leadership. You cannot be successful without strong performance but there is a lot more to career advancement than doing an outstanding job.

We are talking about some of the unwritten rules of career advancement. Often in life, the most important rules are the unwritten ones. Once that is understood, that influences the decisions you make. The key is accepting that this is a game whose outcome will always be determined by other people in your organisation. And, as Coleman reminds us, “You will never, ever, receive a promotion unless another person agrees to it”.

In summary, the 3 key elements of career success are:

These are all things each person has to take personal responsibility for. You have to realise that performance alone will not guarantee a successful career – there are other dynamics at work. For people entering the workforce after school and college, these lessons can come as a shock. They are now dealing with a different set of criteria for success from the academic one. Office politics becomes a factor. Find out who has the power and influence over your career and become known to them. Future leadership of your organisation will not be by unknown people. Be visible – let people know how you are contributing to the success of the organisation. If you are invisible, you lack credibility. Don’t assume everybody knows what you do. Everyone is busy and focused on other things, like their own career. The challenge is to find ways to stand out and be noticeable. Do not leave this to chance but actively work on it. In short, you need to be smart and savvy.

I have presented Harvey Coleman’s PIE Theory to thousands of executives in hundreds of companies and organisations in over 30 countries and have yet to come across anyone who fundamentally disagrees with it. Some people question the percentages but not the overall premise of the approach.

© The Networking Institute 2023 – All Rights Reserved. Developed and maintained by Craft Digital